Are you like me, a bit fed up with the wetness? I like working outdoors and I certainly have lots to do in my garden. But this soggy winter is really putting a stop to what I want to do.

So I had a look at the rainfall data to see if I was just imagining that it was abnormally wet. Surprize, surprise, it has been abnormally wet!

After years of drought, it all changed in 2010 with all time record rainfall of more than 1200mm. Since then, 2011 was also a very wet year and 2012 is the same. The difference with this year is that the ground is already saturated from the previous years. But to add to that, we have had far more wet days than in any recent years, so with little sunshine, there has been much less evaporation.

In the four months from April to August 2012, we have had some precipitation on 89 days out of 123. Looking back at previous years, that figure is consistently about 65 days. So we have experienced almost an extra month of rainy days in the last 4 months!

So if you are like me and feeling a bit miserable, you do have some justification.

One thing is for sure – it will be a great spring and summer this year for all things green. 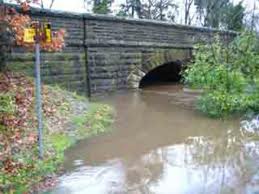 Wildflowers of Woodend and Newham